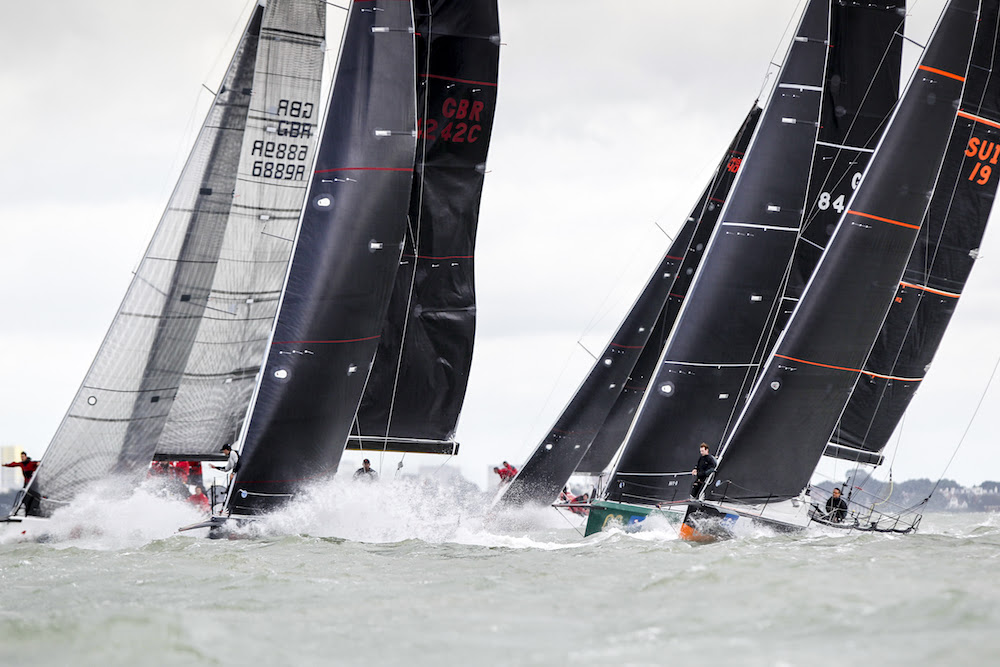 The second event in a busy FAST40+ season will be the FAST40+ Spring Regatta, hosted by the Royal Southern Yacht Club. FAST40+ Race Director, Stuart Childerley, sets the scene for the event.

“The RORC Easter Challenge saw some great racing and early signs to a competitive season ahead of us. We are expecting eight teams for the next event, the FAST40+ Spring Regatta. Three races are planned each day with two windward leewards and a round the buoys race. The highly experienced race officer, Tony Lovell will be in charge and we are sure his team will do a great job. As always, the Royal Southern YC will be providing use of their excellent shoreside facilities to all of the teams, friends and family.”

Mike Bartholomew’s South African flagged Tokoloshe was runner up at the RORC Easter Challenge and he is hoping to go one step better at the Spring Regatta. “My family and I are members at the Royal Southern, as are many of the FAST40+ sailors, so the class really feels at home at the ‘Southern. Racing in the class is always competitive but the crews enjoy socialising after races, I am sure the club will be buzzing during the regatta.” Mike Bartholomew, owner driver FAST40+ Tokoloshe.

Returning to competition for the 2017 Season are the young German team, Silva Neo and Johnny Vincent’s British Cowes based team, Pace. Taking part in their second regatta of the season are Scottish skipper Steve Cowie with Zephyr, British skipper Tony Dickin with Jubilee and Kiwi Skipper Mark Rijkse with 42 South. Stewart Whitehead’s Hamble based Rebellion returns to competition after the winter break. Class rules limit the amount of modifications to the yachts, and Rebellion used the off season to great effect, to increase the performance of their Carkeek design. Experienced boat captain Tom Kiff looks after the pit.

“We are itching to get out there and it was a shame we weren’t ready for the Easter Challenge.” commented Rebellion’s owner driver, Stewart Whitehead. “Rebellion has been on a strict diet to shave some weight and the major mod has been a new fin and tenon fitting. Hopefully the new setup improves us a little upwind and the weight saving helps us downwind. The toilet and speakers have gone now! We have looked at some sails which were slow to set up last year, costing us places, so we are looking to make some quicker mode changes in general this year. Starts in this fleet are also crucial as the competition is fierce. We are aware the fleet has all made changes to go quicker again so we are looking forward to some close racing.” 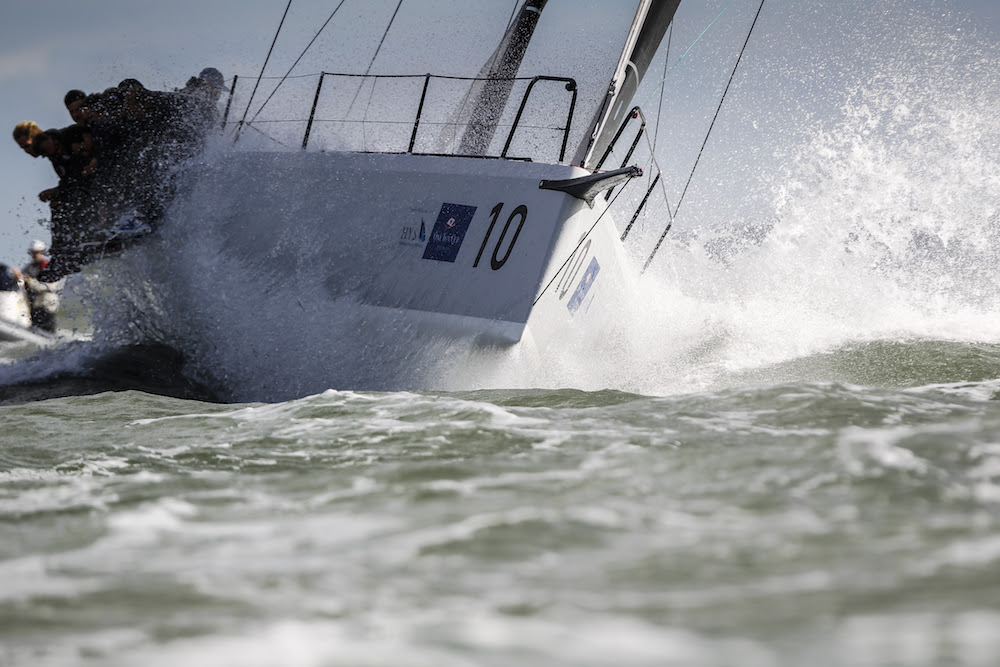 A new team will be joining the FAST40+ fray at the Spring Regatta. Dutch skipper, Bastiaan de Voogd, brings a young Dutch team to the FAST40+ Class racing Hitchhiker. Formerly racing a Sydney 43, Coin Coin, their new boat Hitchhiker is the Carkeek 40 MkII, previously named Girls on Film, which won the 2016 FAST40+ Race Circuit. However, Hitchhiker’s planned training programme over the winter was dealt a cruel blow, when a storm in Breskens, their home port, knocked the boat off its cradle.

“We are getting there… slowly but surely” commented Hitchhiker’s Mika Eid. “From the racing point of view, we basically lost precious practice time due to the repair. Morty (previous owner Peter Morton) has been so kind allowing us to borrow his old rig and use his boatyard to make our final preparations. We won’t have much time on the water before the Spring Regatta. So it will be part of our practice time before the start of the scoring rounds of the FAST40+ series. One thing is for sure; we are very much looking forward to joining the FAST40+ fleet for the season!”