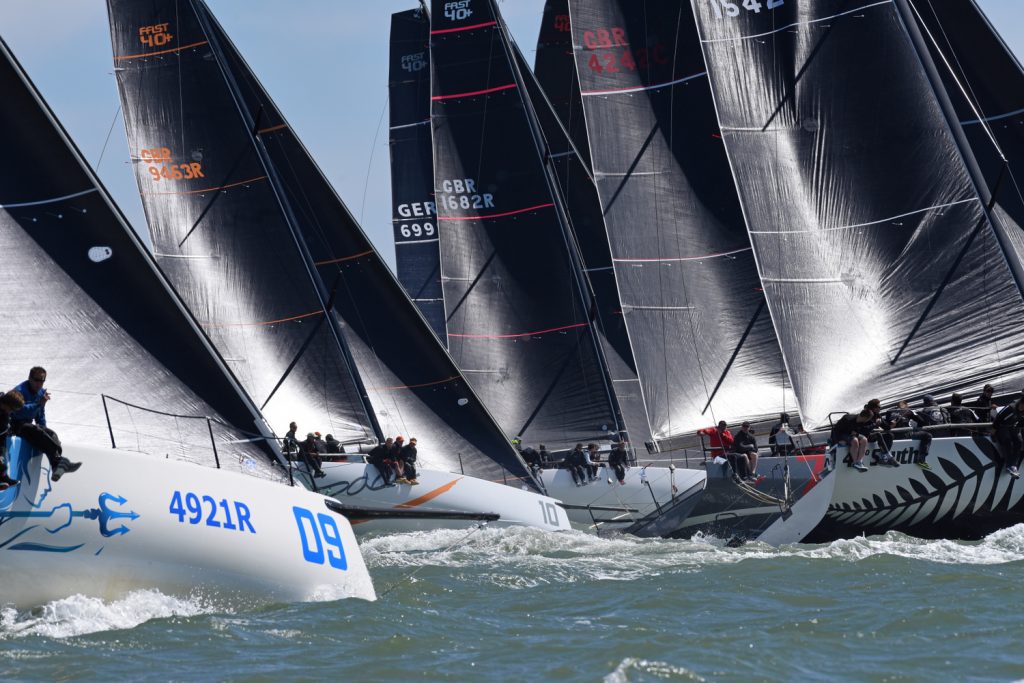 The 2018 FAST40+ Race Circuit kicks off this April, with thrilling high speed action for the owner driven class. The season has been extended to six scoring events, ending in October, to decide the overall FAST40+ Champion. For the 2018 season the majority of the events will be stand alone regattas including the FAST40+ National Championship, and the prestigious One Ton Cup. FAST40+ Race Director, Stuart Childerley spoke about the provisional format for the season ahead.

“The objective for the events is to provide good quality and fair racing, allowing all the teams to reach their full potential through boat handling, sail handling and boat speed.” commented Childerley. “Most of the events will be held over long weekends, typically with eight races, which will be a mixture of windward leeward and round the cans races. Every event will have a social occasion during the regatta.” 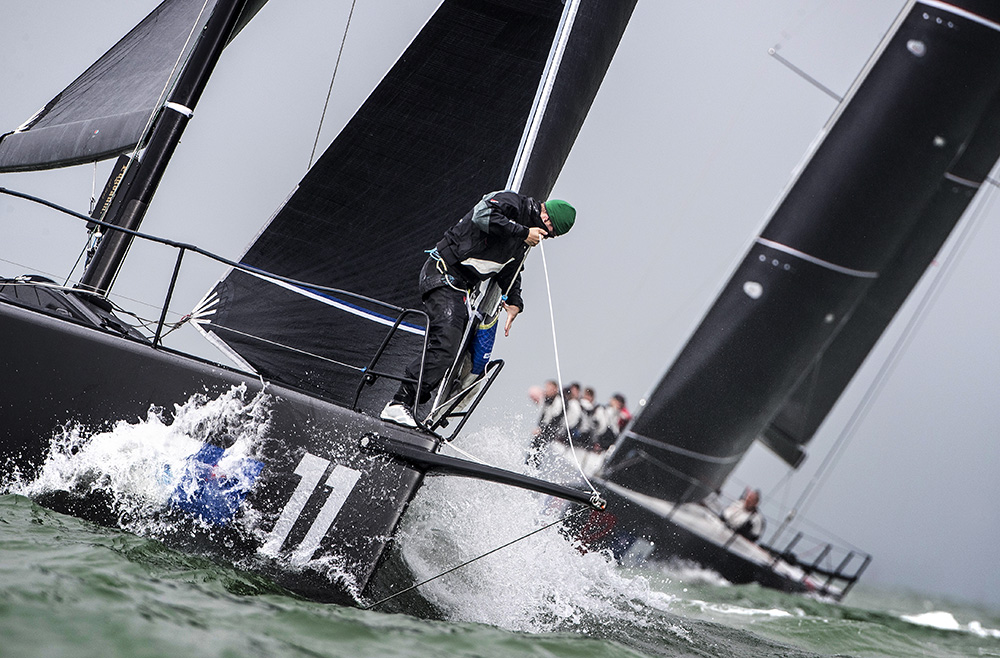 The season opener will be a non-scoring training regatta in the Solent on 21-22 April, with a class coach working alongside team coaches, to improve performance throughout the fleet.

“We will organise multiple practice starts, short and long course legs and two-boat testing, designed to analyse both boat speed and handling.” continued Childerley. “There will be an open debrief using video and coach notes, and a social evening, where a video summary will be presented to each team. Round One of the FAST40+ Race Circuit will be held the following weekend, hosted by the Royal Southern Yacht Club.” 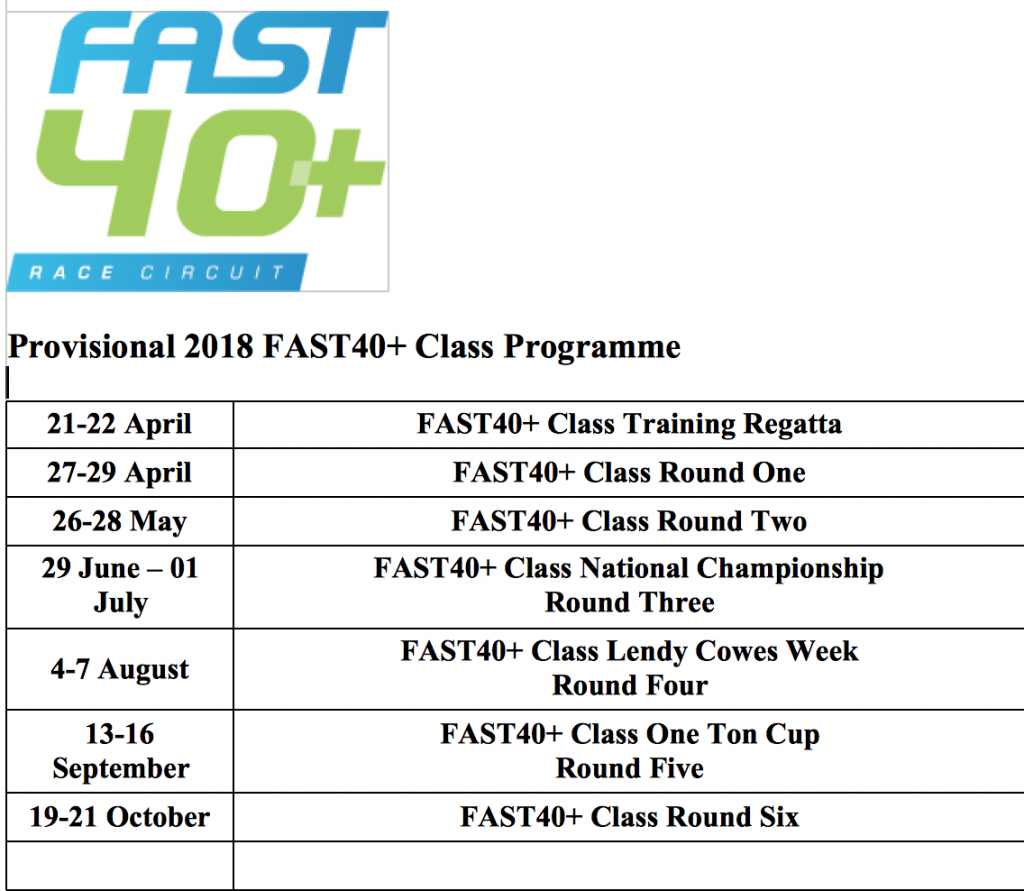 Over a dozen teams are expected to be racing on the FAST40+ Race Circuit, and other IRC events throughout 2018. The next FAST40+ update will focus on team news, with some interesting developments to be revealed.