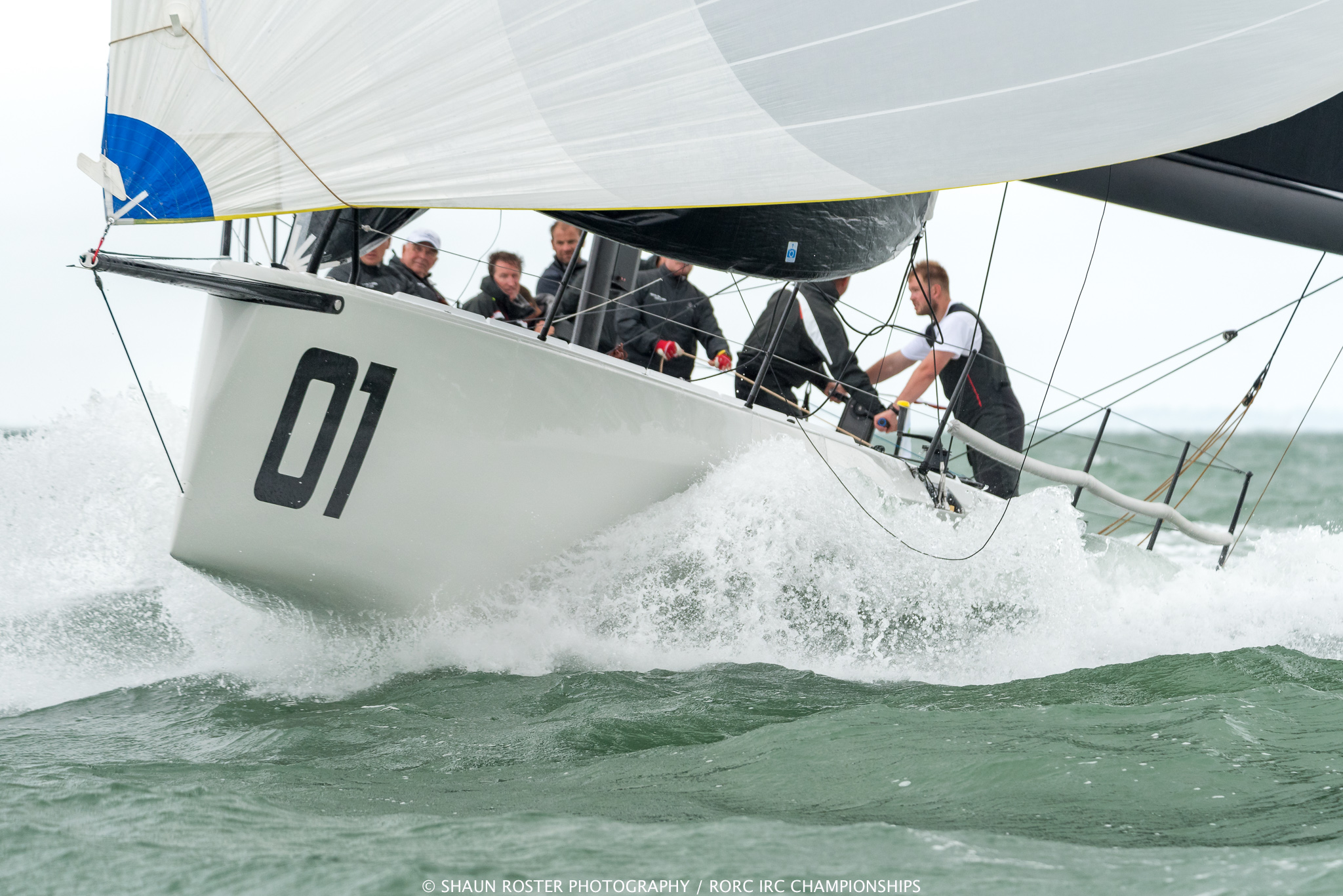 After six races in the championship, Johnny Vincent’s Ker40+ Pace, still leads the FAST40+ fleet but their lead has been halved to just three points going into the final day. Pace started the day well scoring two second place results but a kite drop went badly wrong in the third race, resulting in a sixth place finish.

With pewter skies and a wind speed trundling up and down from 15 to 20 knots, the second day featured three races; two hour long windward leeward courses, followed by a 90 minute round the cans race, which featured fast reaching legs, and a long hard beat to finish against an adverse tide. 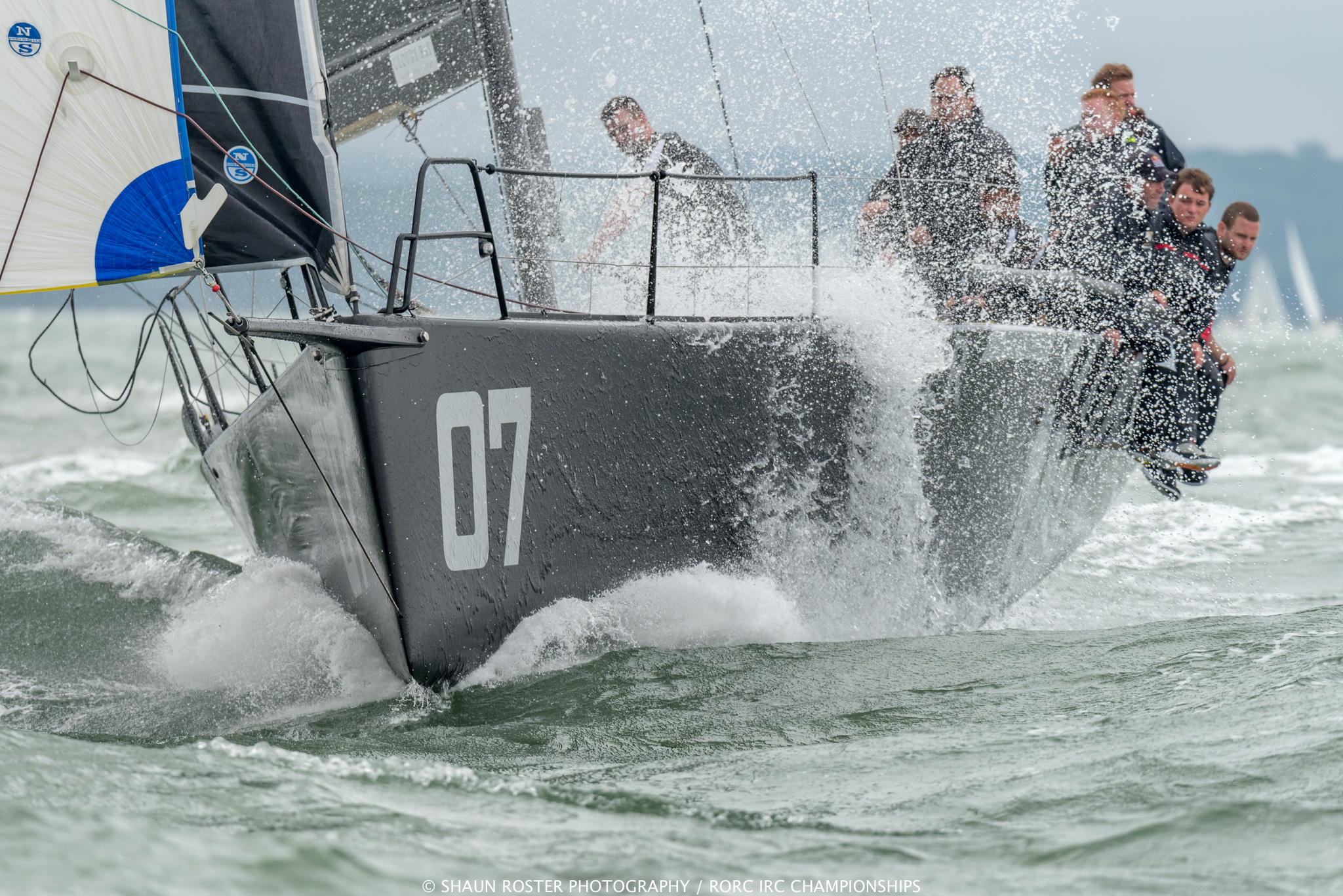 “Although we won one race today, we felt we left a bit out on the race course.” Admitted 42 South owner/driver Mark Rijkse. “In the first race, we had a strong position and had an unfortunate final mark rounding. Before racing, we talked about eliminating mistakes and we were very happy to come away with a good win in the second race, winning against quality competition, really means something. In the final race, we used our Code Zero more than the other boats and that seemed to work out. We had a terrific battle with Girls on Film, but sadly they got passed us in the last tack, but it was a fantastic race, and both crews really enjoyed that. So overall it was a strong day for the team and we are looking forward to getting out there tomorrow.”

“We had a good day, and we are very happy with the boat, we have had a few things break but that’s alright, it is a new boat.” Commented Girls on Film owner/driver Peter Morton. “She is a quick boat, giving us the ability to pass others, which is good. We could have done with a lighter airs regatta to start her off. We had a great race with 42 South today, and they have done a few mods to the boat and they are now very competitive, as is all the fleet. It just goes to show that in the Fast40+ fleet, if you optimise an existing GP42, you can have a very successful boat.”

Two races are scheduled for tomorrow, to complete the series and decide the winner of the FAST40+ National Championship.