Girls on Film win the battle – Invictus win the war 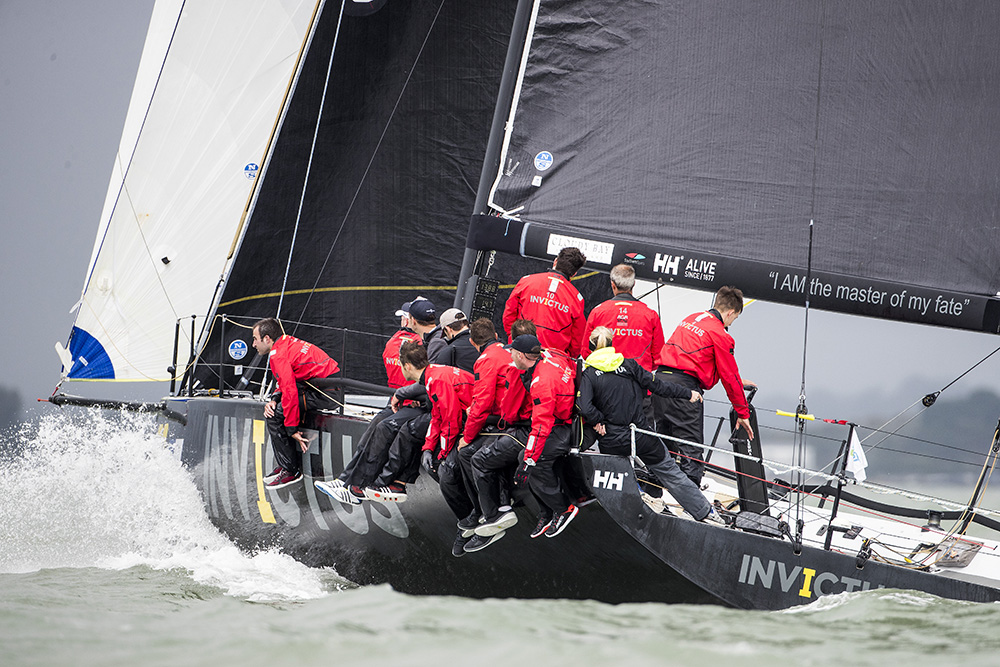 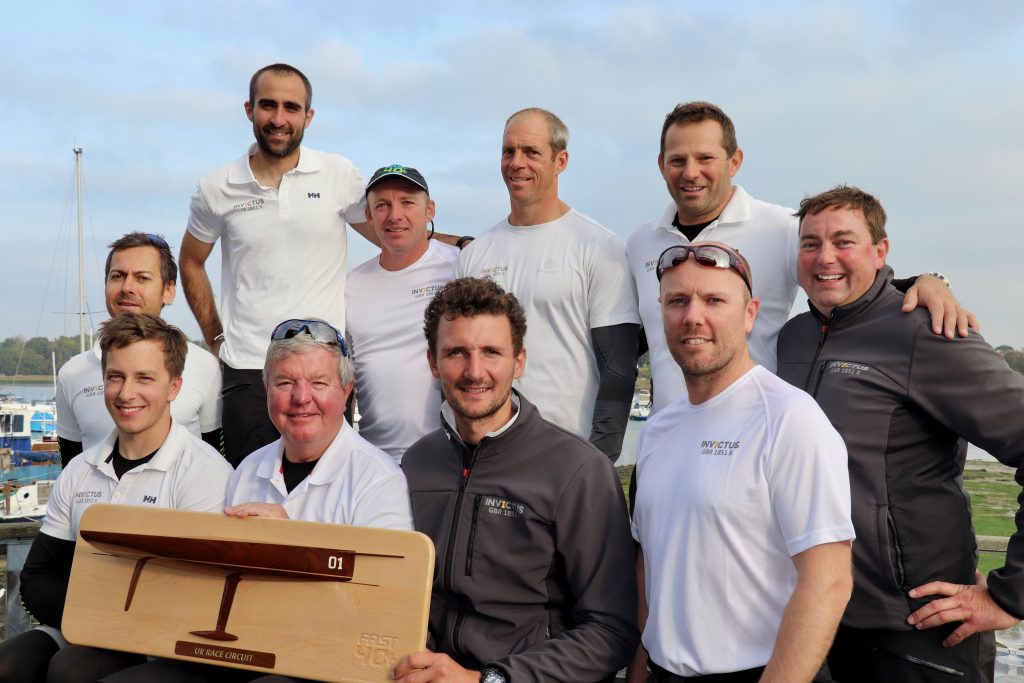 “It is nice to end the season with a bit of a flourish, but we did leave it rather late.” commented Sir Keith Mills. “We had a horrible first day, with lots of mistakes, but today we sailed pretty flawlessly, so it is a really lovely end to the season. Any team can win a race in the FAST40+ fleet, and if you make the wrong call, or a mistake, you get punished. A FAST40+ is like a big dinghy, very responsive, which is great for the Solent, as you can get everything from 5-30 knots, which these boats can handle. I am going to take a year out , and I am looking at a new boat for the year after. I have had a great three years with the FAST40+ fleet, and it is nice to finish on a win.” 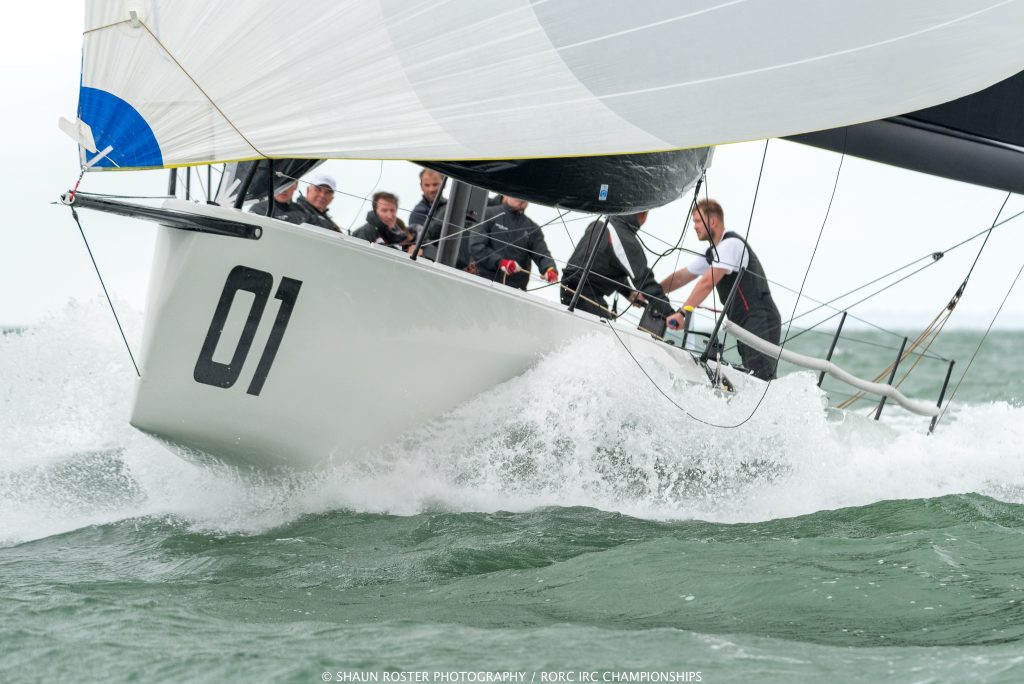 Peter Morton’s CF40+ Girls on Film won Round 5 of the 2017 FAST40+ Circuit. The Isle of Wight based team won four of the five rounds, over the last six months. However, it was not enough to take the overall win for the season. The new Girls on Film is undoubtedly quick, and extremely well sailed, but a ninth in the first round, racing a chartered boat, proved the team’s undoing.

“We thought about sailing Invictus down the course in the last race, but they sailed really well, and we did not get the opportunity.” said Peter Morton. “Invictus has sailed consistently well all season, so it was always going to be hard to catch them. We have paid the price for not getting the boat finished on time, at the beginning of the season. On a positive note, the Girls on Film crew have been magnificent, we have kept the same guys together, and the boat is quick. I am looking forward to next season, I do need a shoulder operation, but that should improve my helming on starboard tack!”

Stewart Whitehead’s Carkeek MkIII Rebellion, was fifth in Round 5, placing third for the 2017 circuit, and is a serious contender for 2018. Bas de Voogd’s Carkeek MkIII Hitchhiker, finished the season in fourth place, the Dutch team was competing in the class for the first time. Dennis Gehrlein’s young German team, racing Silva Neo, was third in Round 5, lifting the team to 5th for the circuit, a massive improvement on their 11th place last year.

Racing in the FAST40+ Class is incredibly close, with just a few seconds often deciding the winner. In the very last regatta, seven of the teams made the podium, including Mike Bartholomew’s Tokoloshe II, and Tony Dickin’s Jubilee. The two teams fought it out to the end, with Tokoloshe just pipping Jubilee in the last race, to win their duel by a single point.

The 2018 FAST40+ Race Circuit will shortly be announced, new teams are also expected to join the class next season. Watch this space.