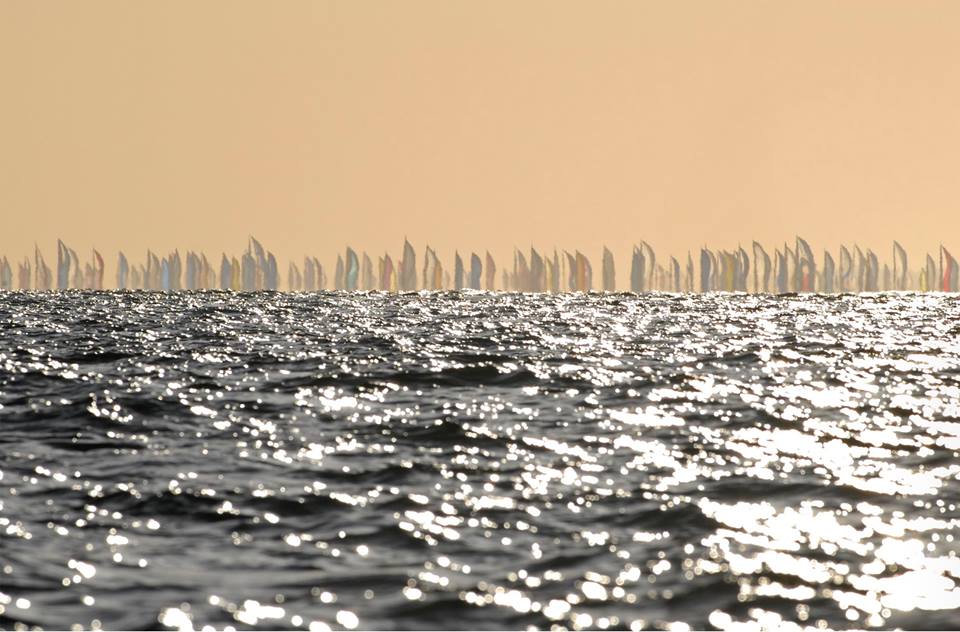 Round the Island Race presented by Cloudy Bay

1342 yachts competed in this year’s Round the Island Race, and nine of the top twenty yachts to finish were FAST40s. Sir Keith Mills’ Ker40+ Invictus, helmed by Keith and his son Alex, took Line Honours for the FAST40+ Class, and the class win after IRC time correction to lift the FAST40+ Cloudy Bay Trophy. In an epic race around the Isle of Wight, nine FAST40+ teams finished within just 18 minutes, after a six hour duel around the 56 nautical mile course – the class lead changing hands on numerous occasions.

Second for the Round the Island Race is Peter Morton’s CF40+ Girls on Film, and combined with the team’s results from the previous day’s Windward Leeward Racing. Girls on Film is the winner of Round Two of the 2017 FAST40+ Race Circuit with Invictus second. Stewart Whitehead’s Carkeek MkII Rebellion is third.

“A thrilling race, which went right to the last few miles.” commented Invictus’ Alex Mills. “We didn’t have the best of the reach up to the Needles, and we were back in fifth place, but we managed to fight our way to first position after a great run down the back of the island and it was nip and tuck, as the breeze got went light and shifty for the beat to finish. When we started this class, three years ago, we wanted to have close, exciting racing, and that is exactly what we got today. The race is a special one for me, having won it before with my father, and it was great to win the class with an excellent team. We had to be at our best, the competition in the FAST40+ is far greater this year.”

“We got passed a couple of boats by going inside the wreck at the Needles, along with Invictus, but the we decided to to stay inshore to get out of the tide, which cost us.” commented Girl on Film’s Peter Morton. “There was too much north in the breeze and little wind under the cliffs, the boats that went offshore got into more breeze and that really pays with faster boats. In a smaller boat getting out of a knot of tide is a big gain, but with a FAST40+ you need to stay in the breeze, especially downwind. This is probably my 35th Round the Island, it is an amazing race with all sorts of boats and people taking part, unique really, and coming from the island it is always a memorable race that is never the same – It always changes and you are always learning from it.”

Tony Dickin’s Farr designed GP42 Jubilee was third in the FAST40+ Class for the Round the Island Race. “An excellent result for a great team, we had to really dig deep today.” commented Tony. “We were about mid-fleet at The Needles and made up some places on the southside of the island, but we got passed by a couple of boats when it went shifty around St.Catherine’s Point, and the beat to the finish it was all on, real snakes and ladders.”

The FAST40+ Class are back in action for Lendy Cowes Week 2017, starting on 29th July. A full flotilla of FAST40+ teams will be racing at the world famous regatta, including a new team from Hong Kong; Jamie McWilliam & Matt Hanning’s Ker 40 Signal 8.