Shifty Start to Round 5 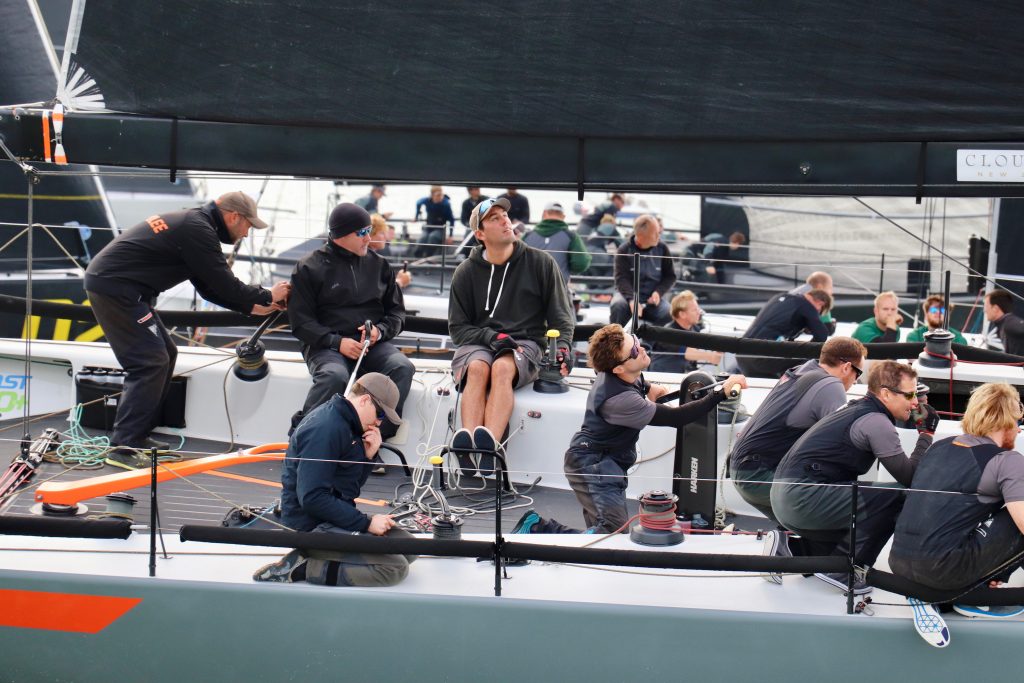 A light shifting breeze was the order of the day, with plenty of wind holes, lulls and puffs, it was a day for shifting gears to make the most of the fickle conditions. Starts are always important in the highly competitive FAST40+ fleet, and there was plenty of grappling for position in the pre-start. In race two four boats were called over the line, and two more in the final race.

Girls on Film won today’s battle, posting a highly accomplished 1-2-1. Silva Neo was over the line in the second race, and had to return to restart, but thoroughly deserved their two podium finishes. Rebellion won Race Two, beautifully covering Girls on Film from the front, to take the gun. Tony Dickin’s Farr designed Jubilee put in a good shift coming second in the first race, and fourth in the second, and Mike Bartholomew’s Carkeek designed Tokoloshe II, can consider themselves out of luck after Race 3 was abandoned with the South African team on the charge.

Going into the last day of  Round 5 of the FAST40+ Race Circuit. The big picture is that looking at the current positions, Invictus is tied on points for the season with Girls on Film. Two round the cans races are scheduled for Sunday 15 October, first warning signal 10:25 BST.