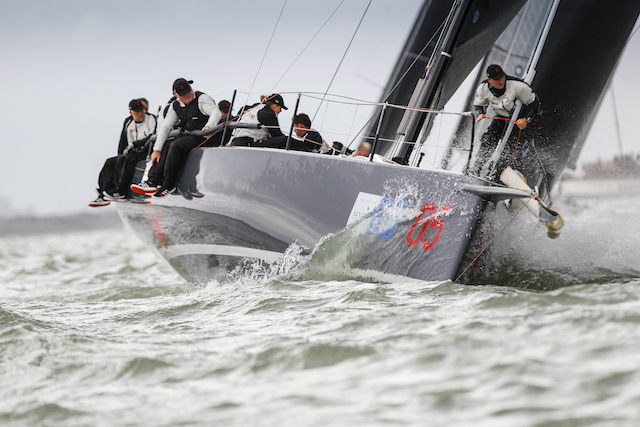 Team Zephyr has been campaigning a Beneteau First 40 since 2009 at all the major events in Scotland, England and Ireland and rarely placing outside the podium. From day one keeping the Beneteau in top class condition while modding her to increase performance across a range of conditions has been critical, as has the crew knowing and respecting each other better than most other teams.

The team have competed both on/off the water for the past five years which has shown in results that include Class Wins at Cowes Week, UK and Scottish IRC Nationals, Scottish Series and all major Scottish regattas; including the King George V Cup.

Now a familiar face on solent start lines, Steve Cowie has decided to take his racing to the next level and has bought and refitted, Puerto Calero GP42, sistership to Tokoloshe. With an exciting, challenging and far wetter season ahead both owner and crew are eager to get back on the water for the 2016 Fast40 circuit.