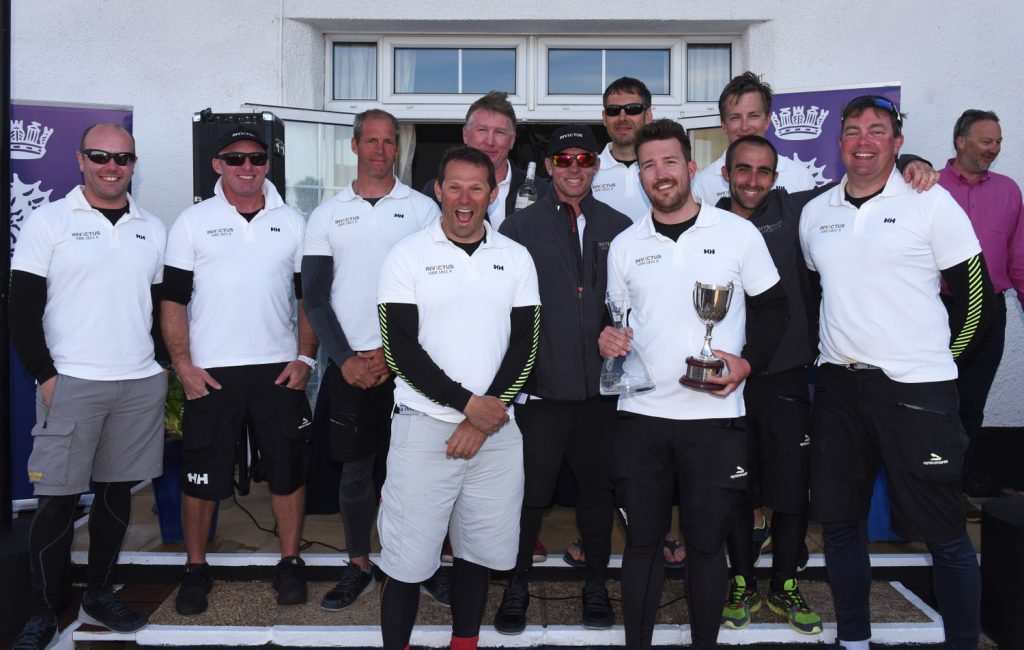 FAST40+ Race Circuit, winning the FAST40+ Class at the Royal Ocean Racing Club Vice Admiral’s Cup. Eleven teams took part from England, Germany, the Netherlands and Scotland. The intensity of the competition was such that after eight races, run on a variety of courses and conditions, five teams scored race wins, and nine teams scored podium finishes.

“It is great to start the scoring circuit on a high, last year we had a few technical problems, at the start of the season but this year, the mods seemed to have worked very well and they have to. Everybody is getting quicker, and that was really brought home on the last leg when 42 South were coming back at us. As am amateur driver, it is a real pleasure to sail with the team and like the other amateurs on Invictus, every time we go out we learn so much from the professionals around us. This has been a great start to the season, which we will try our best to maintain.”

Kiwi Mark Rijkse driving Reichel Pugh designed 42° South was second. Whilst 42° South did not win a race, the team dug deep when it mattered as Mark Rijkse explains: “I am over the moon, it was a fantastic regatta, being consistent was the key, and twice we came back from tenth on the water to take fifth, turning a bad result into a bankable result was crucial at the end. When we had set backs we fought back , which was pretty awesome and very satisfying. The racing is so incredibly close, you could cast a blanket over the vast majority of the fleet most of the time.”

Third was the German FAST40+ Silva Neo, helmed by Dennis Gehrlein, the young team scored no worst than a seventh for the whole regatta and won the penultimate race, to assist in securing the final podium spot. “In this fleet you just can’t make any mistakes or you will be punished, so we tried to limit our errors.” commented Dennis. “we did not have much time to practice before the regatta, so we are super happy to have come third. The crew work was exceptional and we are very happy with our performance.