Updates from Girls on Film and 42 South 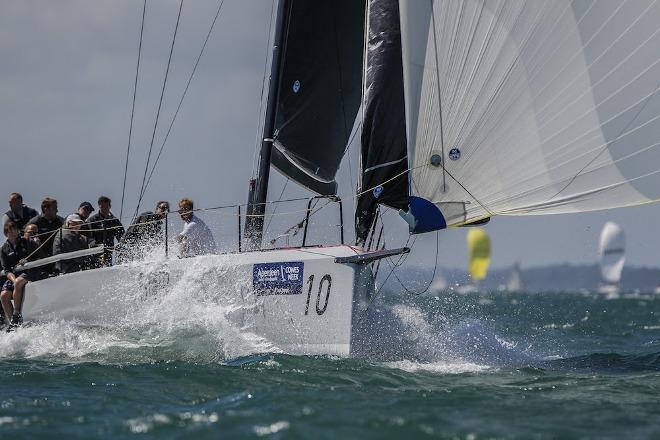 Last year’s FAST40+ Champion skipper, Peter Morton, has a new Girls on Film in build. The new Carkeek 40 MkIII is being constructed at Premier Composite Technologies in Dubai. The new hull will come out of the same mould as the previous Girls on Film.

“We are working hard to improve performance both upwind and downwind and the boat is due in April. We will also have a new livery for the boat.” Owner Girls on Film, Peter Morton.

“The main jobs over the winter have been working closely with Carkeek design office to generate new systems for the new boat, using what we learnt last year. The effort has been put in making the boat easier to sail and make mark rounding smoother for all involved. The boats are small and suddenly the cockpit get busy at the top mark, so,we have redesigned the cockpit layout to suit where people are sat on the boat. Hopefully less distance to travel.” Boat Captain for Girls on Film, Nick Butt. 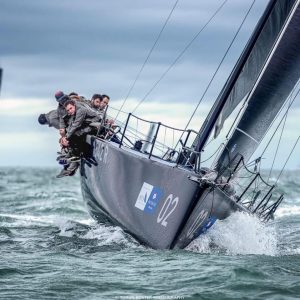 Owner Mark Rijkse proudly flies the Silver Fern on the hull of 42 South showing the owner’s NZ heritage. A new Hall Spars rig is the major change to the team’s FAST40+ this year. 42 South finished 2016 in fine style, taking their first race win in the class.

“The 2016/17 winter season has seen the boat undergo a further extensive refit with the aim of a significant improvement on all points of sail, with particular emphasis on increasing righting moment and reducing weight. A fantastic crew line-up has been settled upon for 2017 drawn from sailors that crewed on the boat in 2016.” commented  42 South owner, Mark Rijkse.